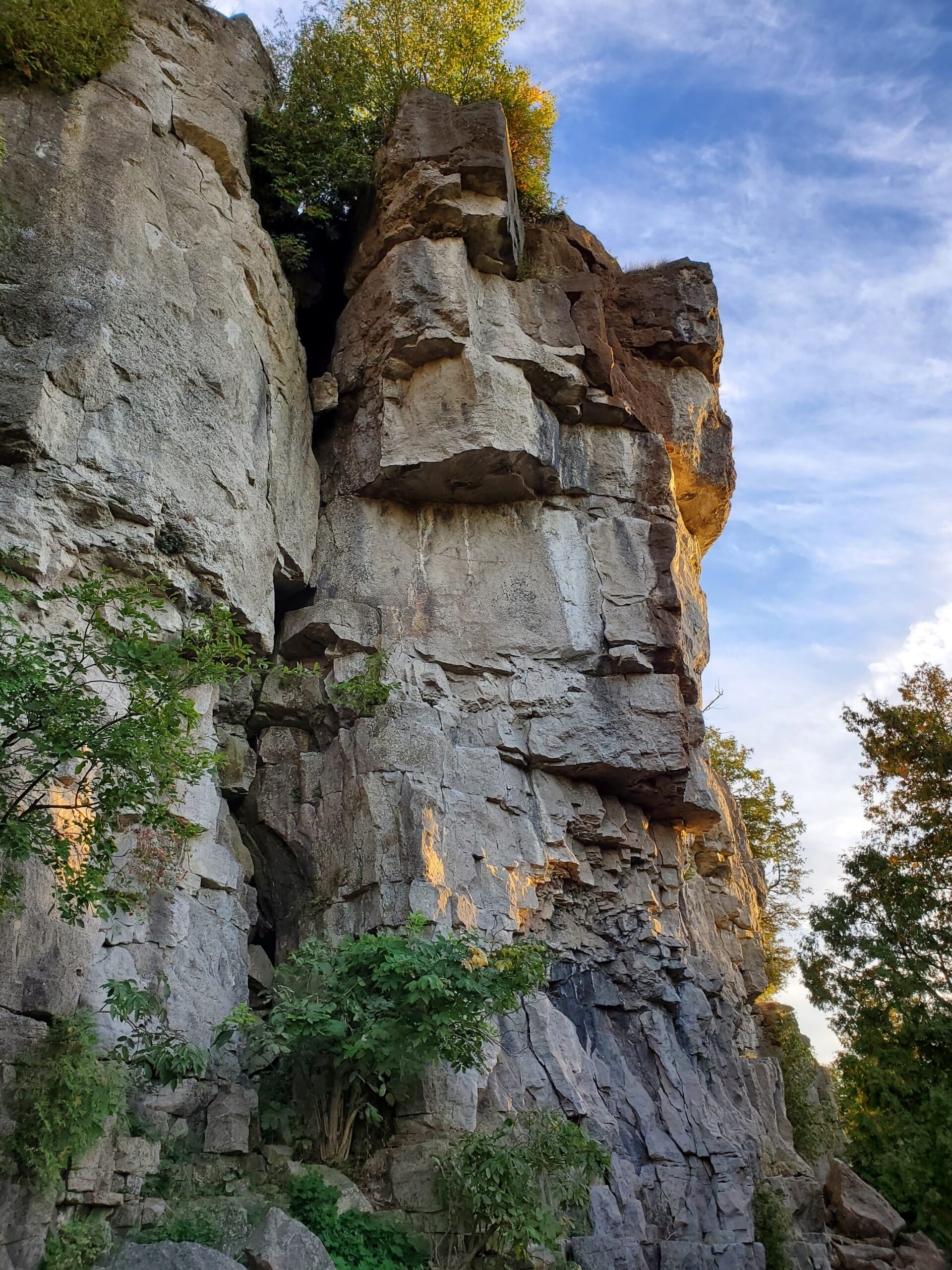 In a surprising alignment of schedules, I was able to get together with E+D+J on Friday and spend the day at Mount Nemo. There wasn’t a single cloud in the sky, but due to the cooler temperatures and the northeast facing cliff, keeping warm was a challenge, especially when climbing. My fingers definitely went numb a few times from the coldness of the rock. The last time I climbed outdoors was in 2017, and my indoors climbing has been infrequent in the past couple of years, so I stayed on very moderate routes.

Even though I’ve actually been to this crag before it’s the first time I climbed there. The approach is a bit tricky, as there is no direct path to the base. It requires a couple of downclimbs including a fun squeeze through a mini cave, narrow enough that you need to take off your backpack to fit. On my first visit it took me so long to find a way down that I ran out of time to actually climb. 😂

As I get older my relationship with climbing is changing. It’s less about getting a workout or pushing my limits and more about connecting with myself, with my friends, and with nature. Less ambition, more presence. It’s a true hobby in a sense that I get a lot out of it while allowing myself to be completely terrible.

P.S. D shared some Russian confectionery given to him by a friend. I forgot how good these are! It’s basically chocolate glazed cheesecake. This one’s flavoured with condensed milk.

The marketing is bizarre, though, as my best literal translation of the writing on the left is “glazed cottage cheese”. The other flavour was titled—and I am not making this up—”Potato”. There were no 🥔s in the ingredients list. I guess that’s how you make your products more appealing to a Russian audience.

Despite being quite tired from climbing the day before, I decided to try for a half marathon distance yesterday. My goal was to do it by end of season, so I wouldn’t have to worry about catching a cold in case I had to stop during the run. With the rapidly dropping temperatures and having only reached 17.5km after adding 500m-1km each week in the summer, I was starting to get worried. My knee has also been bothering me quite a bit, forcing me to turn back at the 5km mark on my last attempt. I wasn’t feeling particularly optimistic, but figured I’d give it a shot, and if it didn’t work out I’d try again next year.

It was rough. I set a low pace from the start, but the knee pain kicked in around km 7. The difference this time was the pain remained low-grade instead of intensifying rapidly. I was waiting for a clear signal to turn back, but it never came. I wasn’t pushing for any target time, and having climbed the day before I knew I wasn’t in top shape, so I made many stops along the way to stretch. I think this helped.

At the end I ran 22km! This is a major milestone for me. For the longest time I didn’t believe I could run longer than 10k. The only race I ran (last year) reinforced my fears, as I crossed the finish line in pain so bad that I probably wouldn’t have made it if the distance was 11km.

At this point I don’t have a longer distance goal. I’ve gotta sort out my knee issues first. Still, I’m very happy that I was able to check this off my bucket list! 😄 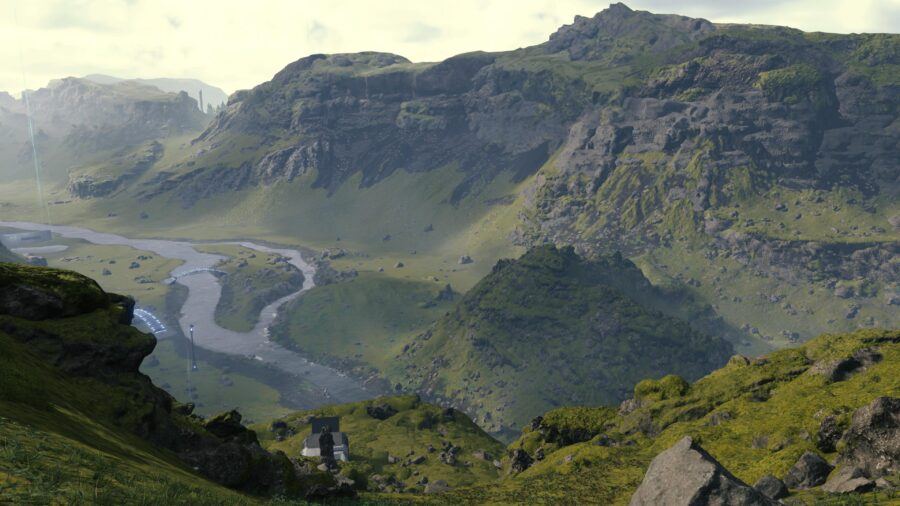 A somewhat slow week on personal projects and learning as more of my time has been dedicated to my full-time job, which is a frequent-enough occurrence that I probably won’t mention it here again.

Maybe it’s the cool overcast couple of days we’ve had here, which mirrors the game’s mood, but I’ve been really enjoying playing Death Stranding this week. I was initially repulsed by its nonsensical premise, convoluted plot, and terrible on-the-nose naming for everything and everyone. I’m really glad I gave it a shot after all, because this game’s got soul.

Walking across its lonely, grey landscapes gives me that same “wistful explorer” feeling that I got from the original Mass Effect UNC missions. It’s just you and the environment for extended periods of time—a meditative experience. It’s balanced really well with its tightly integrated multiplayer component, which brings other players’ creations into my world. It’s easy and free to provide positive acknowledgement of their contributions and to help each other complete missions or build structures. All this supports the theme of connection and cooperation, which despite the dystopian backdrop puts this game squarely into “optimistic scifi” category for me. It feels good to play it.

The game also has a lot of what I consider respect for the player:

… and many others. All these little touches make what could be a boring walking simulator an experience that stays interesting and rewarding. I’ve had a hard time putting this game down!

Did a little bit of reading about these, trying to understand why as an industry we’re seemingly reinventing HTML+CSS+JavaScript. Some resources I found useful:

There’re many SDUI frameworks out there already:

I suspect the big tech companies that built their in-house SDUIs will open source them eventually, or another open source framework will be released separately, and there will be a convergence of sorts. It seems like a generic-enough problem.

Overall, I feel that Apple and Google are at least partially responsible for the thin->thick->thin client swings. They had an opportunity early on to take existing Web formats and make them work for their mobile OSs, but they chose to build custom platforms instead. The trifurcation of UIs was unnecessary. My hope is that someone figures out how to take HTML+CSS+JS and convert that into native components on mobile, so we could converge again on technologies that aren’t owned by big corps. 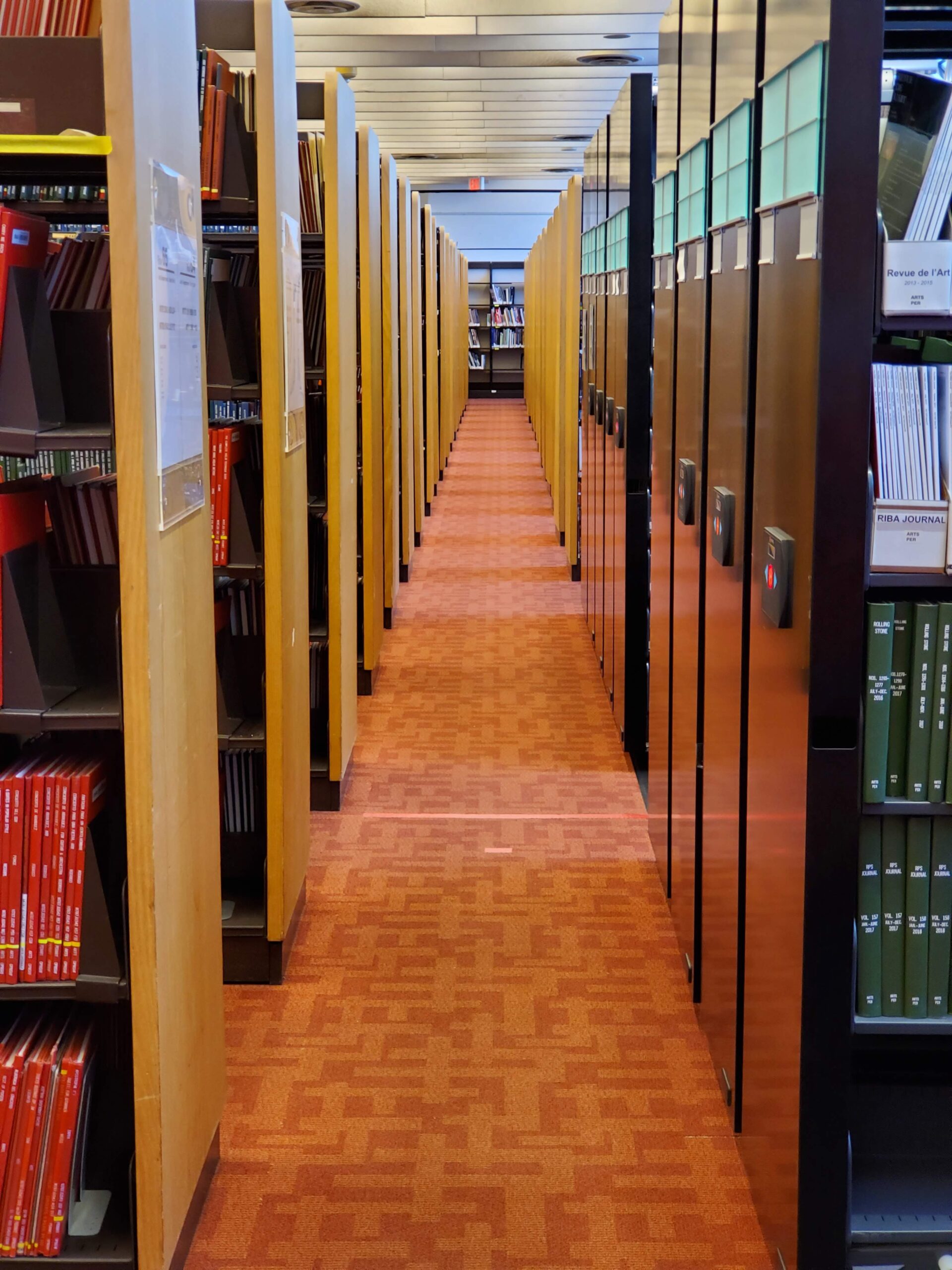 I want to set a clear intention. I’ll write these for myself, expecting no one else to read them, knowing full well that someone might. What I want to get out of these:

I’ve learned that putting pressure on myself never works, so I’m treating these as an experiment. I’m gonna let myself miss weeks or write very little, change the format, write in short form or poorly, and just generally do a terrible job. I also may decide to take these posts down or quit altogether. This is for me, not the reader.

I was inspired by Jamie Tanna’s week notes. I like how he keeps it simple, which I’m sure helps to make it a habit. Let’s see how it goes for me.

A bit of a transition period both professionally and personally. Letting go of my past self is both scary and liberating. The fear is always that I’ll slip back into old roles and habits.

This one’s more from the week prior, but I spent a bit of time setting up Syncthing between my laptop, phone, and NAS. I’ve discovered it some years back, but couldn’t really find a use case for it at the time. Now I have two:

One thing I’m missing is a way to notify me when there’re syncing issues, especially on the NAS. I changed some permissions there while doing something else and only realized that this broke syncing hours later when I opened Syncthing’s UI. I only did that because I had just installed it, so was curious how it’s running, but this isn’t something I’d want to remember to do regularly.

I’ve accepted that if I want to retain—never mind improve—my running level I’m going to have to go early in the morning. It sounds pretty obvious when I write it out, but just in the past couple of months alone I’ve missed many opportunities to run outdoors because I woke up too late or simply wanted to get my workday started as early as possible, thinking “oh, I’ll just go later”. After 8am the temperatures rise really quickly and stay high late into the night, so practically the optimal window for a run is between 6-8am. It’s too dark before 6 and too hot after 8. I need some time after waking up to settle my stomach, which shrinks the window further.

Now, while I still aim for that sweet spot I will be going when it’s “too hot” and compensate by not pushing as hard or doing shorter distances. I did my longest run yet today (16.5k), starting at 10am. It was slow, and I stopped a few times in a shady spot, but it felt better than just not going altogether. Thankfully, fall is coming, which will allow for more flexibility.

🎮 Video games at the library

Who woulda thunk? I was pleased to discover that my local library allows borrowing (recent!) games for the Switch and PS5 for a week at a time. This is perfect! I’ve been wanting to try out several games that I’m not certain I’ll like, so paying any amount for them, even if used, feels like too much. Current list:

Other than that I bought and played through Signs of the Sojourner. For a game where all you do is talk it stressed me way out. It does a good job driving home the message that people grow apart, and that you can’t expect to see eye to eye if you lose touch for a long time. I explored way too far way too early and tried to talk to everyone, which meant that half way through the game I couldn’t match any cards with anyone anywhere! That in turn resulted in (probably) the worst possible outcome at the end. While it was frustrating I’ll probably give it another shot when I feel in a less rejection-sensitive space.